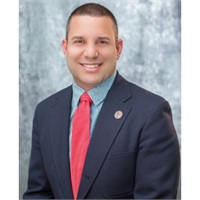 Michael attended the United States Military Academy at West Point receiving a Bachelor of Science in General Management, and a Field of Study in Systems Engineering. He was commissioned a Second Lieutenant into the United States Army in 1996. Michael then attended the Military Police Officer Basic Course in Alabama. On December 2, 1996 he arrived in Germany for his first assignment as a Military Police Platoon Leader. In 1998 he deployed his platoon for six months to Bosnia and Herzegovina for NATO peace keeping operations. After his return from Bosnia, he held positions as a Battalion Personnel Officer and a Group Intelligence Officer in Hanau, Germany. Receiving an Honorable Discharge in July 2001, Michael left the Army to pursue a career as a financial advisor.

In January 2002, Michael started his financial planning career helping the US Military and US Federal Employees living in Germany to achieve their personal financial goals. Michael is currently working as an Investment Advisor Representative for G.A. Repple, serving Americans both overseas and in the United States. In January of 2011 he relocated to the Tampa area of Florida. He offers comprehensive financial plans that include personal savings, multiple investment strategies, and a detailed risk management strategy. His strengths include helping military and federal employees prepare for transitioning into the civilian sector or for their ultimate retirement. Michael currently holds the following Financial Industry Regulatory Authority Licenses: Series 26, 6, 63, and 65. He also holds a residential State Health and Life Insurance Licenses from the state of Florida and is licensed in various states.

Michael is an active member of The Crossing Church in Ruskin, Florida. He is also part of the Iron Men Ministry at the Crossing church where he was blessed to have been their leader for over 2 years at the Tampa Campus. Michael is married and has a daughter who attends Florida State University. He is a member of the West Point Society Florida West Coast Alumni Chapter. Michael also volunteers playing Santa Claus with the 1Voice Foundation, working with Pediatric Cancer patients and their families. He is also a Life-time member of the Veterans of Foreign Wars and the Association of the United States Army and is a Disabled Veteran.

In his spare time, Michael enjoys working out, fishing, traveling and spending time with friends and family, reading his Bible and getting to know God more and more each day.

In November 2016, Michael graduated from the Bible Center for Training for Pastors with a Pastoral Certificate. He is a member of the National Association of Christian Financial Consultants.

Jesus Christ is his Lord and Savior!